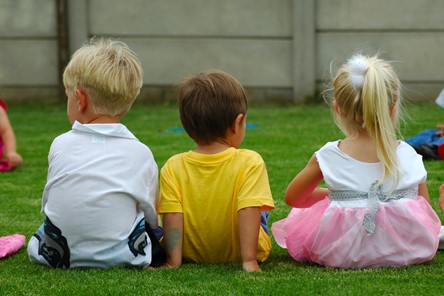 I’ve been in IT for nearly 20 years. In high school, I set my sites on a degree in Computer Science at The Ohio State University and never looked back. While I was attending OSU, I had the privilege of joining the Beta chapter of Phi Sigma Rho, an engineering sorority. I was thrilled to find strong, motivated women with big goals and dreams like my own. Many of these women are still dear friends of mine today. These women were and still are amazing advocates for women in technical and male dominated fields. During this time, I accepted an internship the summer after my sophomore year at a local engineering and surveying firm. 20 years later I’m still in IT – running my own thriving consulting firm with a wonderful business partner, I love what I do every day and I work with amazing people that I’m proud to support.

I’d like to think I’m not old yet, but I have plenty of experiences to share from my career path. I’ve been in the front row, watching the evolution of IT in business. As a result, I have to admit that I’m very comfortable in this male dominated field – to the point that helping in my kids’ classrooms is more likely to make me nervous than presenting to an assortment of business leaders. It’s so commonplace that I’m the only female in the conference room that I’m pretty sure I stopped paying attention to that for a while. A more recent push and growth of support for STEM as well as a swell of support for girls in technical fields has brought the issue to the surface and I’m suddenly and painfully aware of the disparity…*especially* as my interactions have gone from IT staff to IT managers and now to Directors and C level employees and owners of companies. Sports references? We’re gonna knock this one out of the park! Dirty jokes? Yah, they don’t bother me, nor do I take them personally. Posturing, egos, assumptions on my skill set, I’m used to it. Not only am I female but I’m also told I look 10 years younger than I actually am. I walk into a new client or meet new peers in the industry and I’m told “you speak very well” – like it’s a surprise! I’ve been doing this for 20 years, speaking well is definitely what I’m aiming for…thanks guys!

A long time ago, I made a choice.

I can let these things bother me and hold me down, or I can take them as a challenge. It just pushes me even harder to succeed. What is better than walking in a board room and unexpectedly knocking their socks off? I know I can do it. I’d like to think I get away with being more approachable because I fall outside of business standards and stereotypes. This means I can more easily define that client relationship based on who I am as a person and not who they expect me to be.

If I could go back to my younger self and give advice…..

there are a few things I would change, for sure. However, I would rather talk about the things I did that I’m really proud of. I didn’t mean to do them; I was just being myself. By no means do I think that there is a magic answer for success, but I would love to share what worked for me in hopes that it gives you confidence to go out there and just be yourself too. Nothing shows confidence more than by being true to yourself, standing up for what you believe in, and doing the best that you can do regardless of your circumstances.

On the opposite end of the spectrum…sometimes you DO have to let it go. The world isn’t perfect. People can be hurtful, make bad assumptions, and make stupid comments. I’m embarrassed to say there have been more than a few times that I too have been guilty of assuming the female in the room was not a decision maker. People make mistakes and maybe the guy who made a bad assumption about you did it innocently, and he might become one of your biggest advocates later on. One of the best things you can do is to give people a second chance. Guess what? Guys have to prove their value too. Don’t be so proud you can’t put your head down and work. Let your work speak for itself, you don’t always have to come in swinging if someone has said something off-putting. Use the opportunity to prove them wrong. Also keep in mind that the bad guys are still going to be successful sometimes and you need to get over it and just do your own thing!

Hanging with the guys

Despite the struggles to prove myself and the awkward and uncomfortable situations I’ve been through, I wouldn’t change it for anything. I’m stronger for it. That doesn’t mean I wouldn’t change things for my niece, or my son’s future wives, or all the girls who want a comfortable and safe place in their career. At the end of the day, I’m realistic that these things don’t happen overnight. Do men need to change? Absolutely, but we need to change to! Be bold, take risks, speak up and be clear about what you want. Most importantly, as women, stand by each other. I love the quote “Be the change you want to see in the world” Treat everyone with respect, fight for what you want and what is right, be real, and be yourself. You don’t have to tear anyone else down to get where you are going, spend your time building your network to take with you on the way up!

I want to end this article by thanking the guys in my life who have supported my career – my dad Jerry, who has always encouraged me to pursue my dreams, my husband John who Leans In (especially when I travel), my business partners Mark and Jeff for believing in me, and former managers Matt, Jason, and Mike – who have continued to support me and push me to be my best for over 11 years.

I hang with the guys, and if you want to pave the way for more women in technology, you should too. #IStandByYou